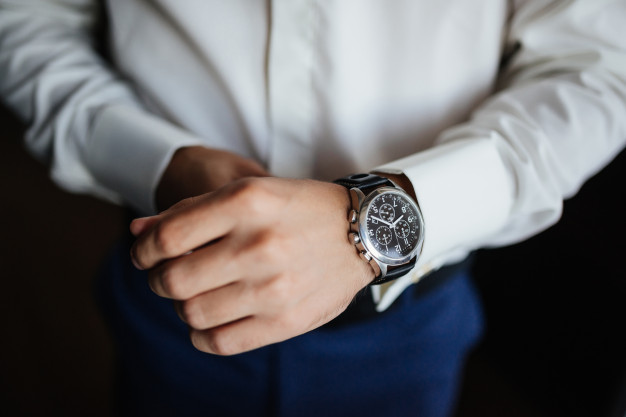 The best watches to collect

Get to know the must-have pieces that every collector needs

With more choice and information available than ever before, there has rarely been a better time to start a watch collection. For many people, it begins with a vague interest, perhaps sparked by the gift of a fine timepiece as a graduation present or a random impulse buy, and blossoms into a healthy obsession as they dig deeper into their particular brand’s story.

Pretty soon that single model starts to look a little lonely all by itself, and then the search is on for the next piece to complement it. Before long, thoughts turn to actually dedicating time and money to a more serious collection. It is usually around this point the number of possible options presents itself, and the sheer scale of them can seem somewhat daunting.

The watch is the perfect embodiment of the driving experience that goes with it. Beneath the model’s titanium DLC skeletonized dial ticks the calibre RD105SQ movement, bearing the Geneva seal, a quality mark denoting the watch has passed a rigorous certification process. Sleek and oversized, the 47 mm skeletonized Excalibur Spider case, made of black DLC titanium, comes on a rubber strap whose design is based on Pirelli’s “Ice Zero 2” grip pattern; it features the same pins the tire manufacturer uses to ensure the wheels get traction on icy surfaces.

This piece is the perfect embodiment of the experience that accompanies it. Under the titanium skeletonized dial of the model,is the movement of the RD105SQ caliber, with the Geneva seal, a quality mark that indicates that the watch passed a rigorous certification process. Elegant and oversized, the 47mm skeletonized Excalibur Spider case, made of black DLC titanium, comes with a rubber strap whose design is based on Pirelli’s “Ice Zero 2” grip pattern.

This horological piece by De Bethune is limited to only 10 copies. As elegant as contemporary, its silver-colored dial shows five curved central hands: two hand-polished steel for hours and minutes, two blue-steel hands for the chronograph; while the chronograph minute indicator is red.

The Jacob & Co Opera watch inherits two Swiss artisanal traditions that come together in a single object: watchmaking and music boxes. The ¨Godfather’s¨ musical theme is played, at any time, using the same principle of musical boxes: two cylinders with a hundred tiny pins rotate on their own body and, while they do, tear the titanium teeth – fifteen in each comb– that produce the notes. The position of the pins determines the melody that plays: in this watch, the theme of The Godfather. For more than 20 seconds, the melody of 120 notes leaves the two cylinders, imitating the sound of piano keys when played.

This watch is beyond cosmic; it’s a work of true ingenuity. In every single Hedonia Grand, watch owners will literally have the moon on their wrist. There’s an oversized and vastly detailed moon that hovers around the watch. This moon is 3D laser-engraved on a metal disc. The moon literally orbits the way it would in a black, starry sky background. This black background on the watch is made from sapphire. The endless array of stars are added onto this background plate, where carved recesses are filled with Super-LumiNova, a nontoxic photoluminescent material that’s typically used in adding illuminating pigments onto watch bezels, hands, and dials. In the dark, you’ll see these stars light up the way for the moon’s orbit, and you’ll also see the hands of the watch illuminate the star-filled sky just so you can tell the time.

Louis Moinet has a fascination with space. Several of the brand’s watches contain an actual fragment of meteorite while others – such as this Skylink – pay tribute to a milestone in space exploration. In 1975, at the height of the Cold War, a Soviet capsule, the Soyuz, and a United States capsule, the Apollo, were docked in space… where Russian cosmonaut Alexey Leonov and American astronaut Thomas Stafford shook hands – marking a new era of cooperation between the two nations. The Skylink’s dial resembles a nebula; a micro-capsule at 3 o’clock contains a tiny piece of the polyamide fabric that protected the Apollo on its return to Earth and fibres from the Russian spacesuit. This limited edition comprises 19 pieces in white gold, 19 in pink gold and 75 in steel.

This new Concept-S radicalizes the dimension of ultra-traditional chronometry in its execution and finishing, but especially in its totally innovative architecture. In addition, each Double Tourbillon offers individual customization possibilities for the choice of cases, materials, colors and finishes.

The clock is activated simply by pressing the button located at 2 o’clock. With each pressure, a petal – sometimes a pair of petals, something impossible to foresee – subtly disappears beneath the sphere in a gentle action, something that perfectly describes the delicacy with which the flower is undressed. The bottom reveals the automatic winding rotor, a flower-shaped carousel delicately sculpted with colors that symbolize the feelings of love, with a central cabochon that hides the rotor ball bearings.

Collecting luxury watches is, without a doubt, an impressive endeavor. If you want to start your collection or want to add a new piece to it,  please contact our Concierge service.