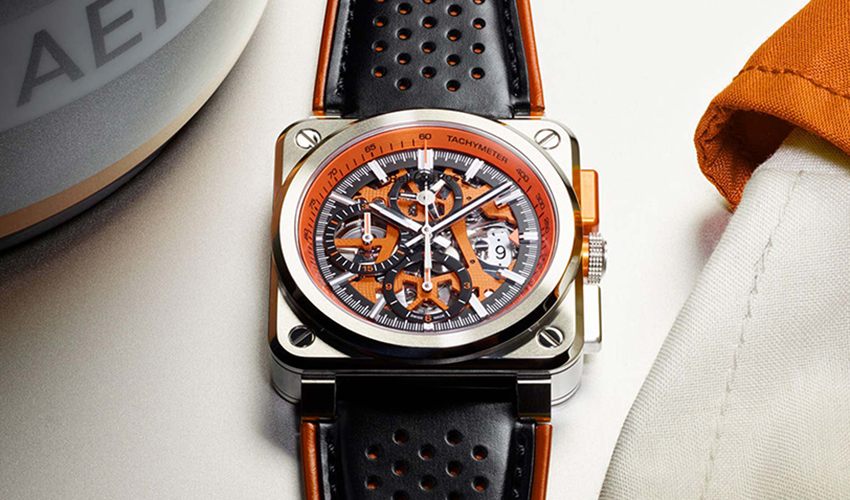 The new model of Bell & Ross, called BR03-94 AeroGT Orange, is a watch that is inspired by the AeroGT.

A racing prototype that was presented last year by the French firm, but this time in a new and novel version in orange color.

We could say without hesitation that the BR03-94 AeroGT Orange stands for exactly the most successful transfer from a racing car to a watch model.

We are talking especially about a highly contemporary model, which, when seen, allows to transmit the image of a car whose fundamental characteristic is completely futuristic, is a watch that highlights for its unique style and character in its type.

Regarding the details that fundamentally characterize Bell and Ross’ BR03-94 AeroGT Orange and which make it different from everything in the market, we can emphasize its skeletonized sphere, in which an attractive mixture of the metal with details in orange color predominates.

On the other hand, its chronographs are ingeniously set on a gray glass, indicating the hour and the thirty minutes. In the center, we find a large needle that constitutes the second hand, whereas the whole itself is completed with an interesting tachymeter scale.

The visibility is one of the most important factors that have been considered with the emergence of the BR03-94 AeroGT Orange. 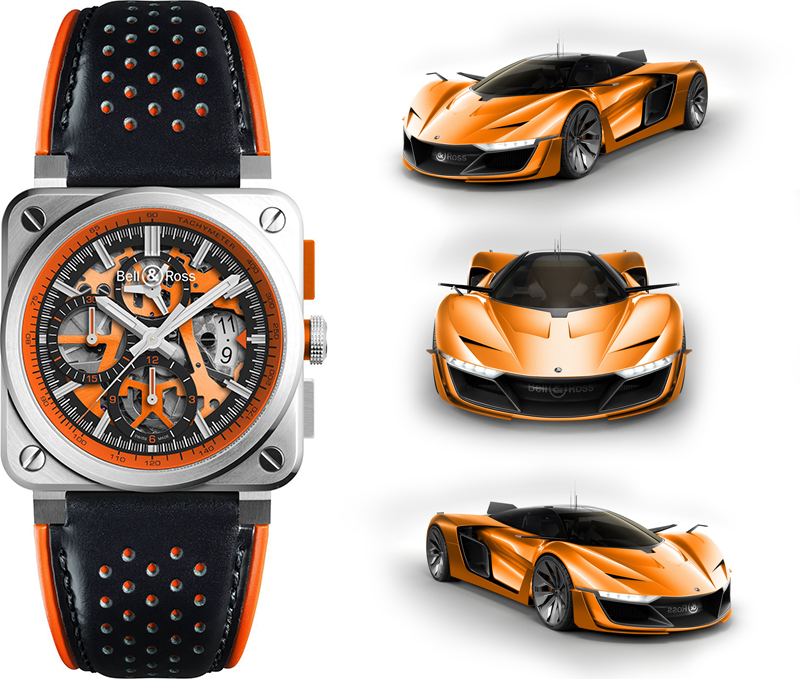 To guarantee the best, Bell & Ross manufactured it with covers in a photo – luminescent material that, even during the darkest nights or in the middle of the worst storms, maintains the visibility of the watch by 100%.

At the same time, the needles of the chronograph are stained with the characteristic orange color of the model, improving the readability substantially, whereas the aluminum start button is also stained with this color.

The wrist strap that the BR03-94 AeroGT Orange by Bell & Ross has is manufactured with micro perforations and orange stitches, which makes the relationship between this watch and the stitches found in the inspiration of this watch stand out even more, as are the race cars of the AeroGT style.

This innovative and incomparable Bell & Ross model will have a limited-edition launch of about 500 copies, representing the vision, technology, and style of this firm in its maximum splendor.